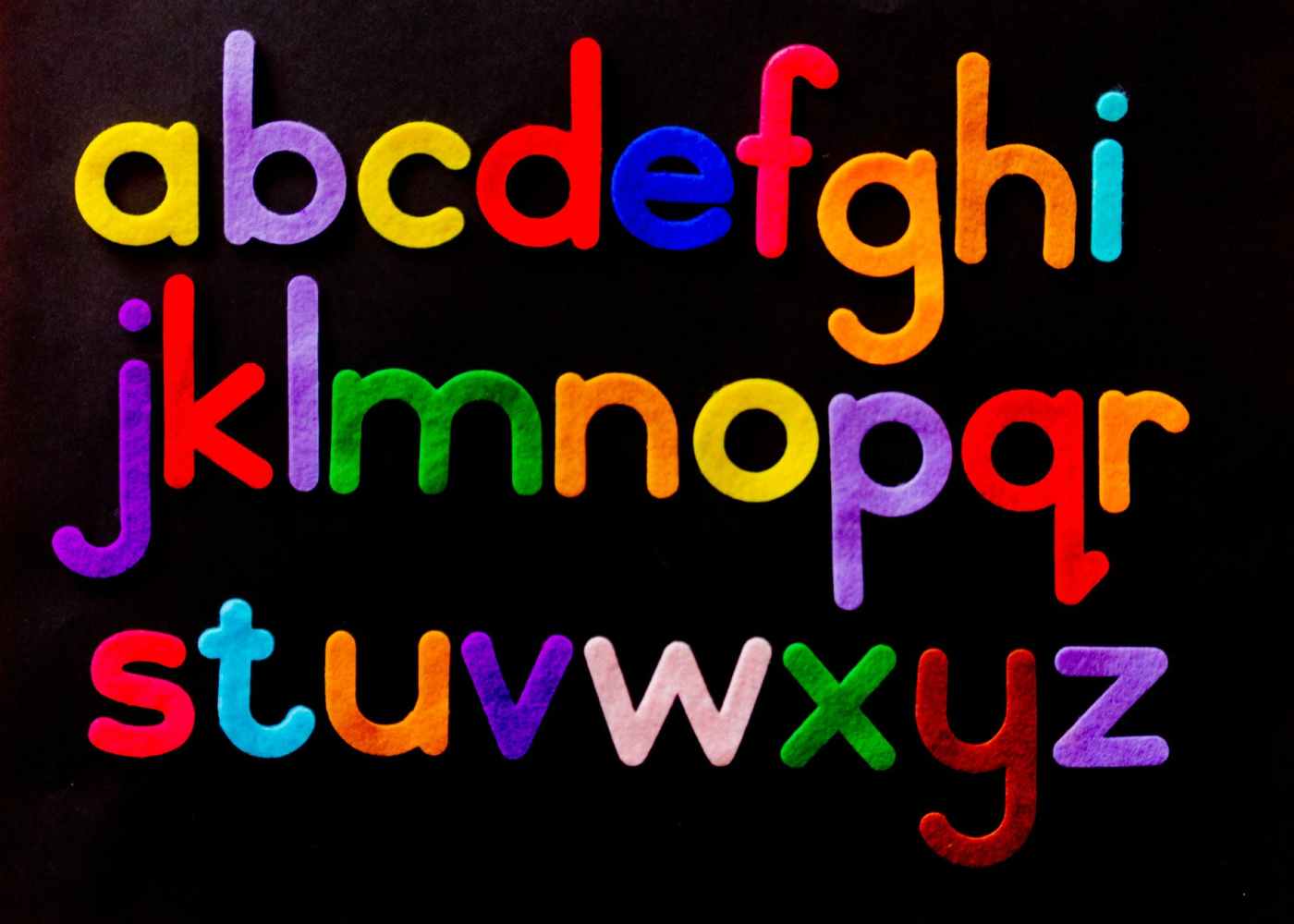 Words are made up of letters, spelled letter-by-letter. These letters can be arranged in a sort of order or sequence given, this order is called the alphabet.

Besides spoken words, one of the first things we learn before writing or reading, is the alphabet. It helps to learn the alphabet to help learn other things and not be illiterate.

The etymology of the word ‘alphabet’ comes from the combination of the first two Greek letters;

This is the English alphabet presented in capitalization form (Upper-case) and lower-case for reference.

The true reason for the order of the alphabet seems to be lost in time, it might be circulating in some small circles but the reason is not openly known. We can trace back the roots of the alphabet to further older languages, but there doesn’t seem to be a reason as to the ordering. Rather, I personally haven’t had the knowledge or chance to come upon that information.

All we know is that the alphabet is.

It just is, because it is, an old tradition passed on as formality or standard to build upon.

As memory is a fleeting thing, so is the secret and purpose of the origination of the alphabet. Maybe we might uncover it, and learn the origin.

Most people in 21st century America learn the alphabet growing up, whether in early education or pre-school. This is a simple thing that is a foundation of knowledge for reading and writing.

It definitely helps that we have nursery rhymes, where kids can learn the alphabet through song.

It also helps to teach the alphabet through repeated awareness. Just having the alphabet around your home, or having similar shapes and symbols be identified for a child can greatly help their learning. It’s like an early head start on learning words and their meanings.

So put up some letters on the fridge, or have a picture of the alphabet hanging on a wall for a child to see. This will all help play a role in developing someone’s mind.

If you really think about it, an alphabet is just a sequence or script with an order of symbols. So if we look at numbers, they follow a sequence or order.

So technically speaking, numbers are their own alphabet.

It all, of course, depends on what you mean as an ‘alphabet’ and what purpose this serves.

Other options besides alphabets (Glyphs)

I don’t know the right word to define these non-alphabets, so I’ll called them Glyphs. Glyphs are hieroglyphic characters, symbols, pictographs, etc.

In Glyphs, each ‘letter’, so-to-speak, is it’s own concept and word. For instance, many languages of traditional Chinese don’t have an ‘alphabet’, what they have are specific drawings that mean a specific thing. We refer to them as Chinese ‘characters’ because there are a lot of them and they don’t fall in the same order or script like we would, especially since there is a lot of them.

There’s like 2,000+ Chinese characters and different languages, it’s not really practical to put the characters in an order and then sing a song to memorize all of them.

(It is to note, that there are invented alphabets to help make Chinese easier and streamline it. Such as Pinyin, so that’s a plus.)

Think Egyptian hieroglyphics, the ancient Egyptians didn’t really have an alphabet, instead they used symbols and pictures to represent their words and meaning. These hieroglyphs aren’t that much different from the Chinese characters.

Hence why I want to call them glyphs.

These picture style-letters can be called logograms or logographs.

Logos, meaning the ‘word’ and also meaning ‘meaning’ itself.

A logogram or logograph is a meaningful symbol that is also a picture. A symbol like a tree.

So we can use pictures or drawings as something with meaning. After all, what are letters? Aren’t they just signs or symbols?

When we see these pictures, a thought enters our head. That thought is a loose definition of meaning.

That’s the alphabet in short. I’m not sure what more I should write about the subject. I guess I don’t know what others learning don’t know, but if you can read to this point, you probably know the alphabet.

On a side tangent, imagine if we called the alphabet, the ‘A-B’, for the first two letters of our current English alphabet.

“kids, would you like to sing the A-B song?”

I mean, that’s how we sound to Ancient Grecians when we say ‘Alphabeta’. We’re basically saying ‘A-B’.

Hopefully this blog would be helpful for the future digital archive historians, here’s to hoping. Cheers,

I am not an academic nor do I claim to be. The information in this site reflect my thoughts, and reality may vary from my musings. Anything written here is not to be taken as Valid Financial, Life, or Any Advice.

If there are any problems, conflicts, redresses needed, or if you’d like to contact me via email:

Motivation for starting anything

“For the plan grows under the author’s hand; new thoughts occur to him in the act of writing; he has not worked out the argument to the end before he begins.”
-Plato

It’s all a work in progress. As I put more time and effort into the work, the more it develops into something.

The final product is a reality much different from expectations or projections.

I encourage you to do the same, and remember;